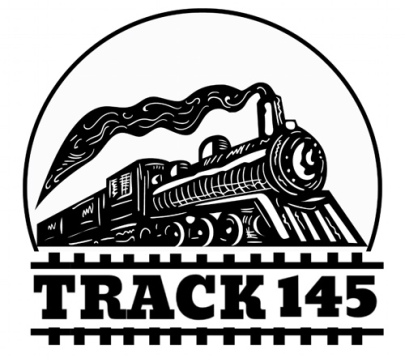 Track 145 is a contemporary bluegrass band based out of the Chattanooga, Tennessee area. We draw from many different influences and feature unique harmonies and thoughtful arrangements. We bring a youthful energy with a mature sound to every stage we take.

Track 145 is a young bluegrass group based in the Sequatchie Valley of middle Tennessee, centered around the singing and songwriting of Audrey Smith.

Audrey is the author of their first single, Will I Ever Know, released independently earlier this month. She is supported by her younger brother, Jack, on mandolin who, at only 15, has already notched a number of contest wins onto his belt; Justin Alexander on banjo, who is set to enter the bluegrass program at ETSU this month on a full scholarship; Colin Mabry on guitar, another multiple contest winner; Eddy Griffin on bass, a 50 year music professional; and Nina Shoup on harmony vocals.

For such a young group, they have made a lot of noise of late, appearing with Bobby Osborne at Bluegrass Underground and performing regularly at Blake Shelton’s restaurant, Ole Red, in Gatlinburg. They have also been recognized as featured artists by Ear Trumpet Lab microphones, and play a busy schedule around the members’ school and work commitments.

Will I Ever Know shows a very poised and professional sound from Track 145. Here’s a taste.

The single is available now from all the popular download and streaming sites, and to radio broadcasters at AirPlay Direct.

On July 6, 2018, our lead singer, Audrey Smith, won first prize at the Smithville Fiddler's Jamboree in Smithville, TN. She won for her vocals in the Old-Time Appalachian Solo competition.

Join us on the Main Stage at the National Cornbread Festival in South Pittsburg, TN at 10:30 a.m.

4th of July Celebration with family fun, games, food and great music. There will be fireworks to close out the night.

Christmas in the Village

Bluegrass on the Square

SVEC Annual Meeting at The Caverns

Thunder in the Park

Bluegrass In the Valley